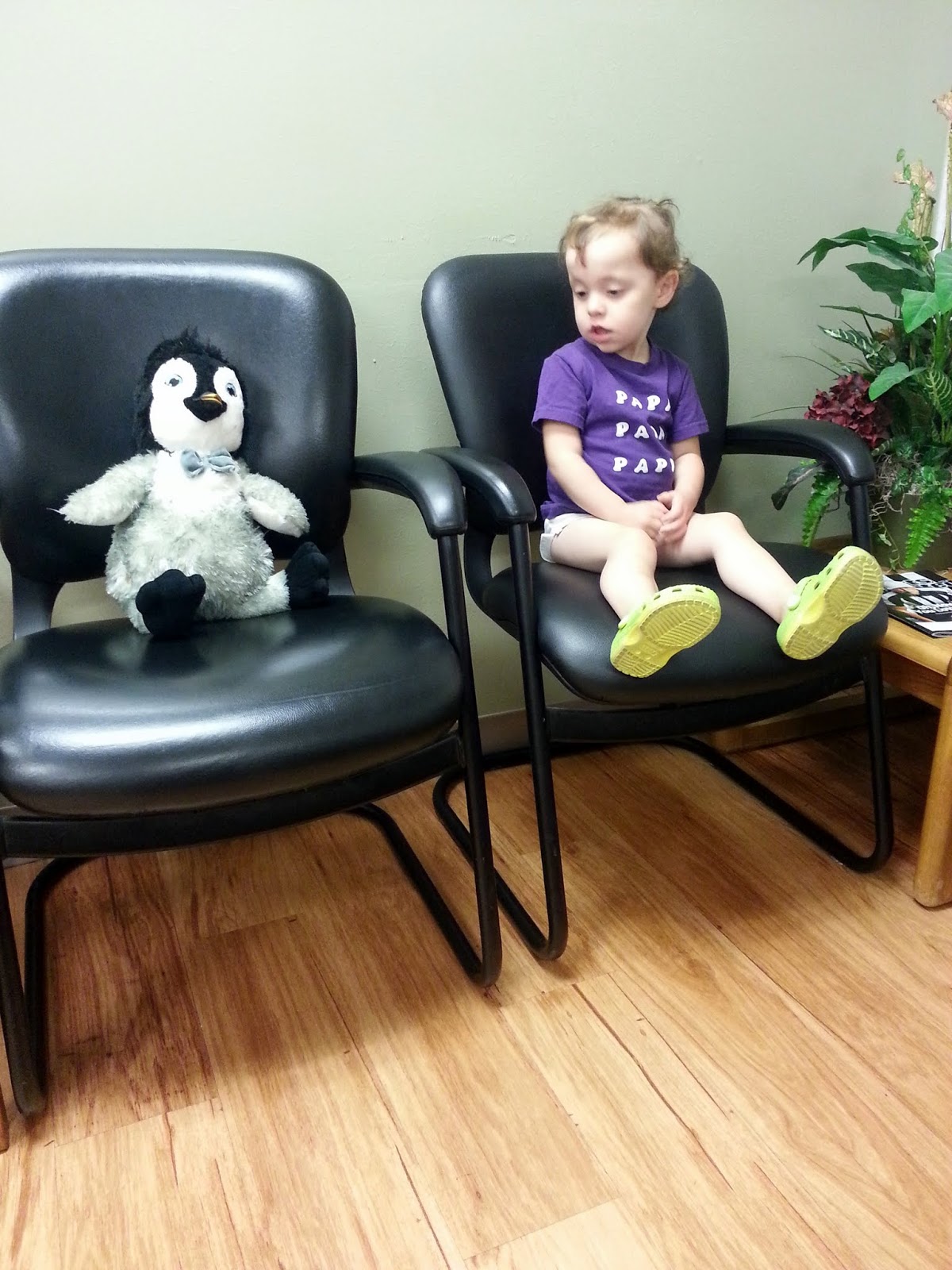 This has pretty much been our week this past week. Lynlee and No-no sitting in the lobby waiting for labs. We've been there twice. Not the best of weeks by all means.
We went Tuesday for our monthly labs. After the sticks 1 in the arm and two in the fingers we were finished. I really thought they would be awesome labs this month. Lynlee isn't sick and is eating, and growing and everything that should be happening. Well I was wrong. They are elevated. Higher than they've been in months. So the transplant team wants to do a biopsy to see what's going on. She hasn't had "normal" labs since March so they are concerned.
They have everything scheduled for Monday. We will be at the hospital at 6:30am with the biopsy scheduled at 8am. After the biopsy and the great 4 hours of bed rest she will have an ultra sound of the liver that afternoon.
We are going up Sunday to spend the night. In fact I think a zoo trip is much needed.
We are staying positive since Lynlee went through all of this in February and it ended up being nothing. Ryan is able to go with us this time too, so it makes going a little easier.
I'll keep everyone posted and just say a little prayer for everything if you don't mind.. ﻿