On Monday we took Lynlee for labs. After 3 sticks they finally got the blood they needed. We got a call on Tuesday from Pittsburgh. Lynlee's liver levels were slightly elevated. Not crazy high but elevated enough they were concerned. They wanted us to come to clinic on Thursday instead of this coming Monday for labs and an ultra sound just to check things out. We are only 9 1/2 post transplant and there is 90% of rejection 8-12 weeks post. It's normal.

Yesterday morning everything was fine. Lynlee wouldn't eat breakfast and seemed a little but her temp was normal. We check it every morning and night. She had her physical therapy evaluation (did great) and played. Around lunch time she screamed when she saw food and Ryan took her temp while I was in the shower. It was 99.0 By the time we were starting to pack to go to Pittsburgh to spend the night since we had a 9am clinic appt her temp was up to 101. I called Pittsburgh and they sent us to our pediatrician. It was 103 by then. We were hoping it was an ear infection or something common but her check up was clear. Our pediatrician called Pittsburgh and they wanted her to go to our local ER and get blood work done, get IV fluids running and get transported. Its no secret I'm not a fan of going there. They scare me with Lynlee. They don't know our situation and it's never been a great experience there. Our pediatrician knows this and tried getting Pittsburgh to let us drive her, give her the Tylenol and pump her with fluids the whole way. Transplant didn't agree so we went to the ER.

A very long and disturbing story short... We ended up heading to Pittsburgh over 3 hours later with no IV access after several attempts, hemalized blood with incorrect numbers, and a very tired little girl that went through so much. How frustrating!

I'm not going to lie. Ryan and I were a mess. We were scared it was rejection. We thought the days of getting their immediately were over. We thought the many attempts of IV's in hospital other than Pitt were over.

And I'm so grateful for our support system and family. The first thing I did was call my sister-in-law Heather. For those of you that don't know she is a paramedic. She came in on her day off along with a good friend of hers to take Lynlee to Pittsburgh in an ambulance. I can't tell you the relief it was to have someone that Lynlee knows taking care of her. They literally played the whole way to Pittsburgh.. (I on the hand was trying my best not to vomit in the back of ambulance!) 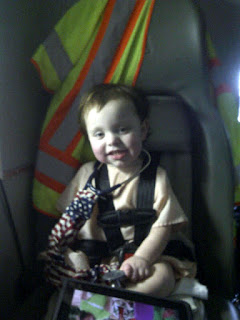 She looked so big riding in a seat belt, watching Barney, and playing doctor.

After we got to Pittsburgh things were much smoother. We got an ultrasound done, got admitted, go an IV on the second try with amazing blood return, and was in bed by 1:30am. Okay the 1:30am was all sarcasm. The labs were better, ultrasound great, and it looks like Lynlee just had something viral. Her fever broke around 3am and she's been fever free since. We got discharged around 2:30 this afternoon and I'm thankful to be blogging from home. 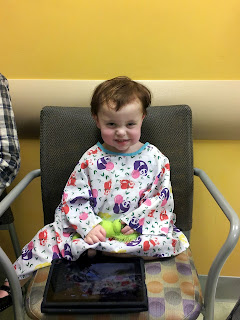 This was last night in the ER... 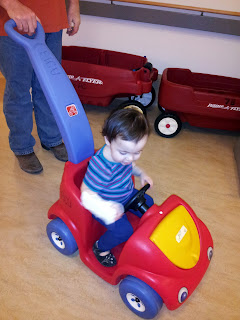 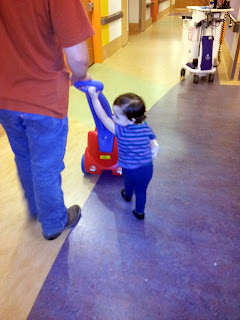 And this morning she was back to normal.


I knew our first fever and fear of rejection would be scary, but I'm glad its under our belt. I've learned a lot over the past few 36 hours....

We are hoping for a very low keyed weekend followed by hopefully easy blood work on Monday.

Thank each of you for you thoughts and prayers. God heard what you were saying and blessed us once again.