The weekend that continued to get better :)

When I blogged on Saturday I said it was going to be a busy few days. And I didn't lie. It's definitely been busy. When I finally sat down this evening it hit me. I think I've been running on adrenaline for days, actually most of last week. I like have a "to do" list. But I feel like I have to do every single thing on it. I don't like leaving stuff for the next day. Some days I set myself up for exhaustion. That's what I've done for the past week with all the painting, moving, etc. My goal for this week is to get a few more things done, but mostly enjoy the warm weather coming this way with Lynlee.

On Saturday Ryan's family came in. It was so nice to visit everyone. Lynlee has a cousin named Skylar that is 5 years old. They played together all day long! I was so proud of her. She's never been around a lot of kids and hasnt' always been the nicest too them but I have to say she did very well on Saturday. She definitely looked up to Skylar and wanted to do everything she did which included eating :) 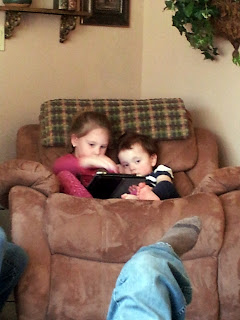 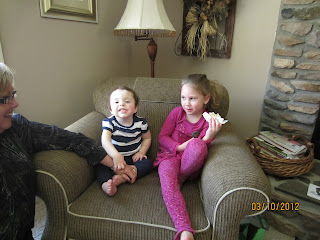 As I was going through the pictures I was cracking up. I had forgot my camera so Janna let me have her pictures. I cropped a few of Lynlee because she was obviously the only one that knew the camera was out. Go Figure! 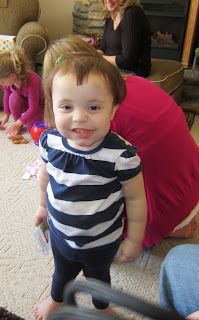 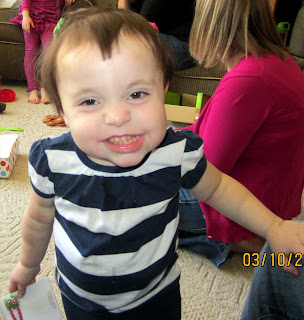 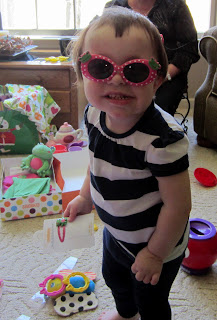 Yesterday was my sister's baby shower. Have I told you guys I'm getting a nephew in just a few weeks? Well April 24th to be exact a C-Section is scheduled unless he decides to come early!

After the shower we headed out to Pittsburgh. Of course Lynlee was being a diva in the back seat.. Surprise, surprise!! 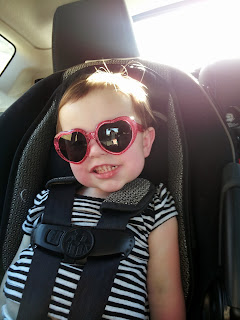 We stopped at TGI Fridays and had dinner.. It was the first time we've actually ordered Lynlee something to eat and drink. I seriously almost cried twice at dinner just watching her eat. She did so good, and was drinking like crazy. She even asked for 3 more sips before she would leave the table to get in the car! HA! 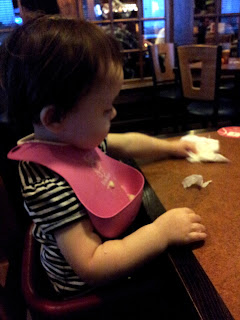 I actually thought this was going to be the highlight of our trip!

We got to the hotel around 9pm. 9pm is usually bed time for her but I guess since she had a long car ride and the excitement of a new place it was a little past 11 when she finally went to sleep. Followed by an early morning for Miss Thing,  it made for a long day.. 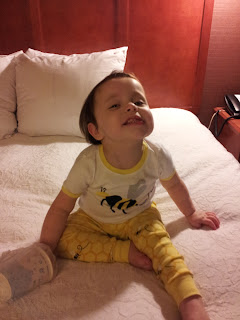 Blood work was actually a breeze today. We told Lynlee if she did well we would stop and do some shopping. They got her on the first stick. There are the moments I've came to be thankful for. That my baby only has to be stuck once or twice instead of 3 or 4 times. But none of those great things  even compared to the new we got from the doctors.. They said our next appointment would be on our one year Anniversary in December and we could go to monthly bloodwork instead of weekly. I really think I was more happy about the later of the two. I honestly don't mind the trips to Pittsburgh. We've only done them since Lynlee was born, but I'm not complaining. I don't mind just going up to go to the zoo and to come home! But the monthly labs mean sooo much to me. I know Lynlee's veins are getting bad. They've been used a lot lately so we will welcome the much needed break.

We stopped by the outlets and I guess Lynlee was very good. She came home with more than a couple shirts!

Well this momma is tired. We will continue to take it day by day. Pray that Lynlee doesn't have any plans to visit the hospital before December but if she does we will manage. And we'll definitely be Thanking God for our many blessings again tonight.

And for those of you that don't have Facebook.. I thought you might enjoy a few extra pictures from the weekend.. 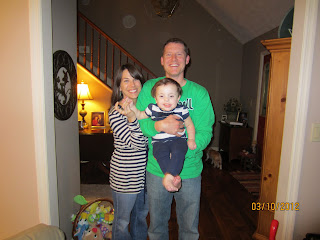 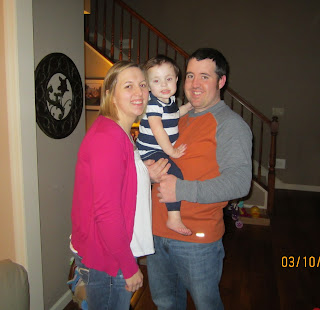 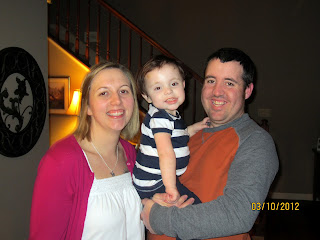