WW (umm who am I kidding?) no spill bubbles

I know I don't have to tell you how special Lynlee is.... She seems to get more gifts than any other kid I've ever seen. She has so many people that love her and it makes me feel beyond blessed. But this isn't that kind of post.. Not a mushy one that will make you cry.. It's a post to tell you she's already getting her Easter presents..

The first one was a Barney DVD that went in within minutes of it being opened.. But the other one from Merredith was No Spill Bubbles.. I have to admit I was a little weary of it, but it worked great. I recommend especially for toddlers that love to pick up the container etc..

And yes I know she is covered in bruises.. I almost opted out of Wordless Wednesday (like it's ever Wordless)  because she's covered. Her head and her poor legs. It looks bad, I know. People stare in Wal-Mart and one lady even commented on it. I get it.... But she's two. She is finally climbing, running, doing all the stuff she's supposed too, and she's going to bruise... And she's still on baby aspirin from surgery. I'm not sure when we will stop it but she bleeds a lot and bruises so much easier than normal. So I decided if I opted out this week I'd have to opt out possibly for the whole summer and that will not happen.. So overlook them and enjoy..

Lynlee doesn't have the blowing down yet. It's actually therapy for us to blow bubbles.. Getting her lips together is a struggle. Just like sucking a sippy or a straw hasn't happened YET.. She's never had that sucking sensation that "most" babies have. 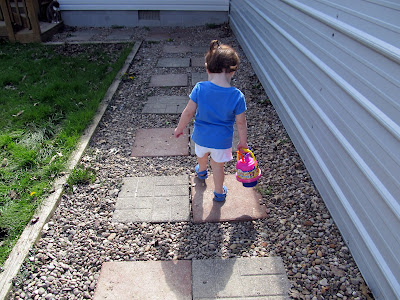 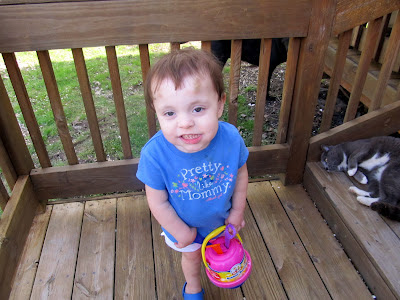 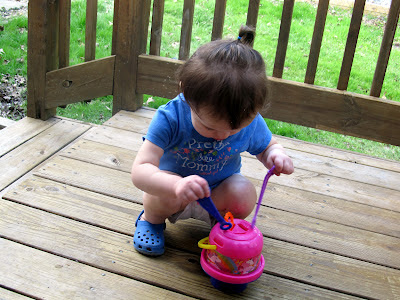 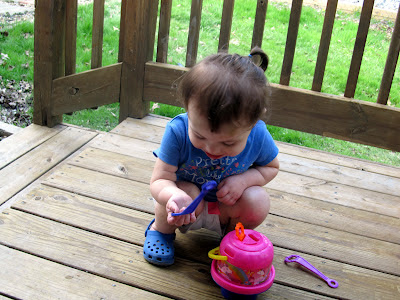 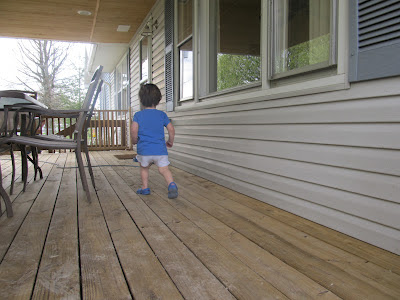 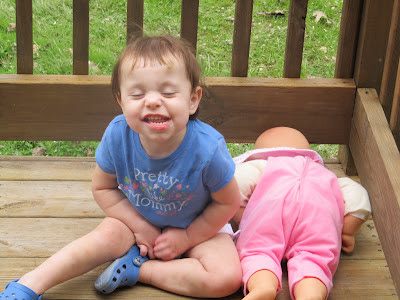 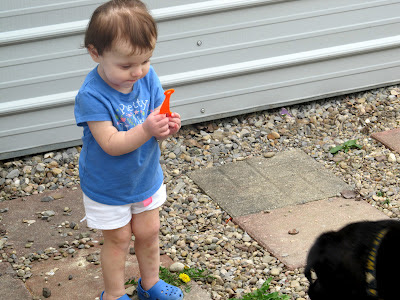 For some reason,this one cracks me up. 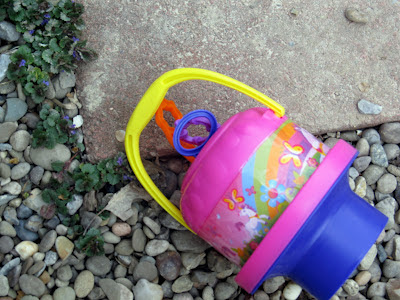