How did we get here?

Yesterday morning as I was standing in the kitchen at 9:30am making a crock pot full of mashed potatoes it hit me.. I'm officially grown up, and I'm officially a mom. Not that I didn't know that but sometimes it hits me harder than other times. Is anyone else like that?

Don't get me wrong the old Stacy is still in there. When I went to sign up for things for the Christmas party MY first option was drinks followed by desserts... Well both of those were full so I grumbled and complained and picked the thing that had the least names.. So I showed up with crock pot potatoes.. And I love the older domestic me but it's hard to remember how I got here. I've traded in our Saturday nights taking shots of tequila at a bar for hopefully an hour of alone time with my husband sipping wine. Our Sunday mornings are definitely more enjoyable and functional these days! I'd rather spend 50.00 at a grocery store so we can eat for many days instead of 50.00 for just one meal out. Yep told you I was all grown up...

I won't lie the past 3 years have been hard. Emotional, physical and mental. We've had so many ups and downs that I can't even go there but last night might have been my most proud memory of being a mom yet. I was a little worried about Lynlee in her play. That she would stick out for not talking and she would freeze, etc.. But oh I was SO beyond wrong. No one there would have known she has a huge speech delay.. She got up there and done all the song with the motions and sang the words she could say. I totally teared up watching her.

I really can't believe how far we've came in just a year. That we've went from worrying about ammonia levels and liver transplants to worrying about her in her first school play... (By the way, that's not my line... I was telling my problems to a sister the other night and they were her words of wisdom)

And just for the record I'm not mom of the year. I went to the school program with a dead cell phone and a camera with batteries that lasted 2 secs.. Awesome I know.. Ryan videoed the whole thing but I'll spare you the 10 minute video of my child.. Well most of you I'll spare.. Christmas will be here for the others..

And for those of you that didn't see on facebook her she is. My Christmas Miracle. 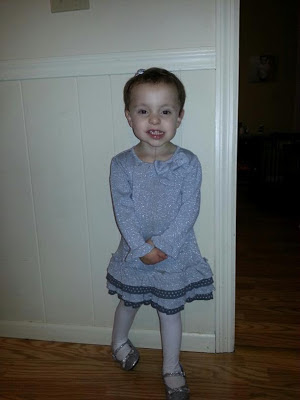 And her and Santa. She finally sat on his lap at the school party. 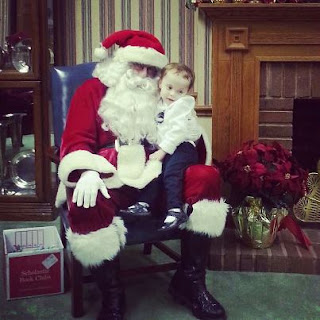