I'm not sure where February went but I went the whole month without a blog post. I don't think this has happened in the 4 years I've been blogging. I'm not trying to stop it all together but some days just feels like I'm done or I'm over it... And then something happens. Something that I don't want Lynlee to forget and I think I need to blog that.. And I get busy or tired and I miss it..

First and foremost Lynlee is off of steroids for the first time in 7 months! This is huge! I wasn't sure when this would happen. Her rejection last June was hard on her. Going from nothing to up to 40mg of prednisone and to finally wean off has been a huge adjustment. We went for labs early February when they decided to start a wean again. We went on hold with everything after the drain was in and then out and such... Labs on the 10th were good. We weaned the steroid to every other day with repeat labs in two weeks. We went back for labs on the 24th and they were even better. So the steroid was stopped. I didn't think the wean would effect her any but it did. Every time we did a wean she was irritable and mean some worse than others. We have labs again in two more weeks and will start weaning other meds (that were added when the drain was in) if everything looks good. 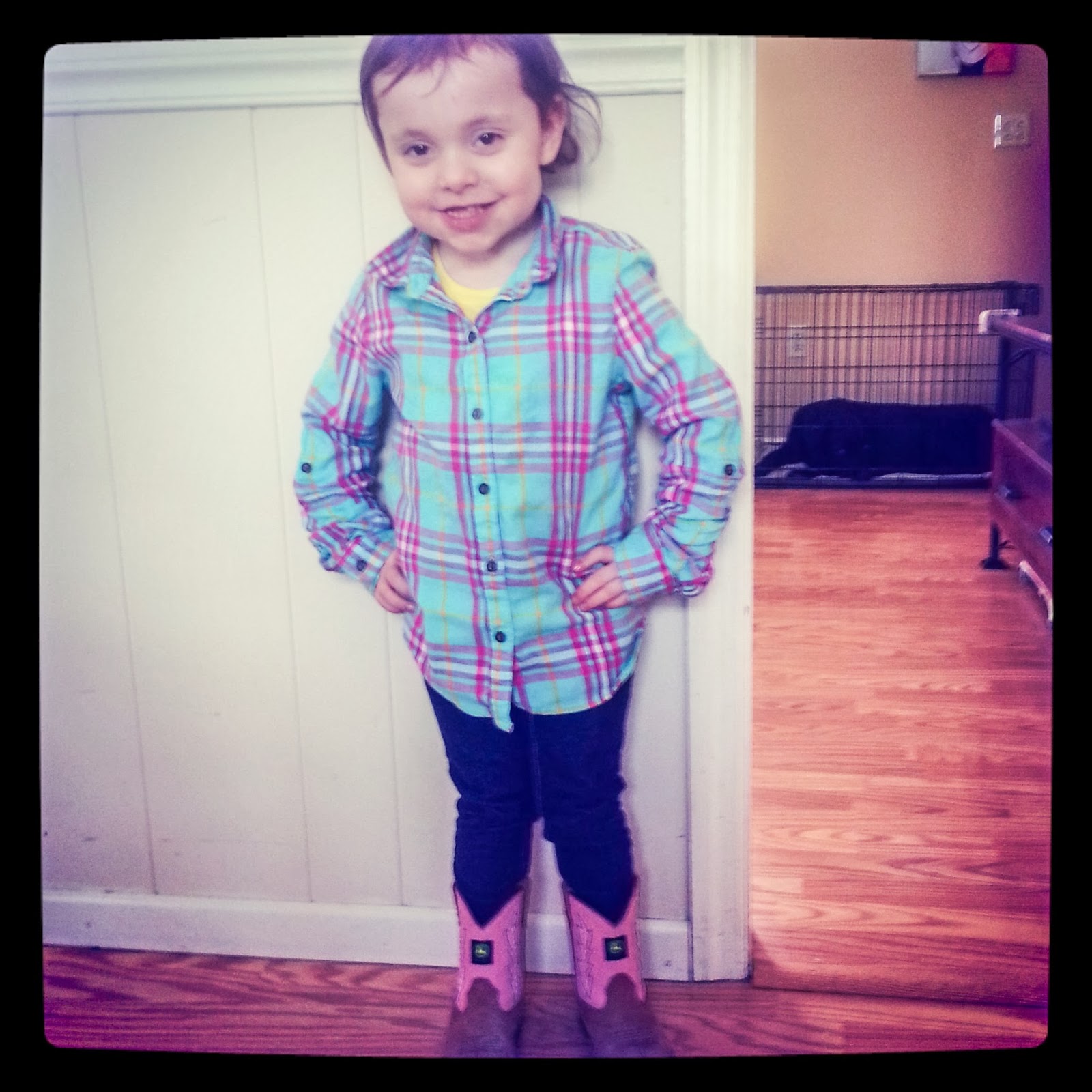 Second big thing that happened was Lynlee was signed up for Pre-K in the fall. This happened on Friday. It was a big deal. Not so much for anyone but me. I sat in the car crying for 15 minutes before I could even walk into the school. I'm sure they think I'm nuts. And then they ask me if she would be riding the bus. I literally laughed at them. The lady was so nice and understanding and even said I could follow the bus by car if I wanted. I wasn't joking when I said I would probably be doing that daily..

Other than that things are pretty much the same around here. Lynlee is going to day care 3-4 days a week right now while I'm working. She had a Valentines Day party where they decorated cookies and had a blast. Here is the picture I've been meaning to share with you... 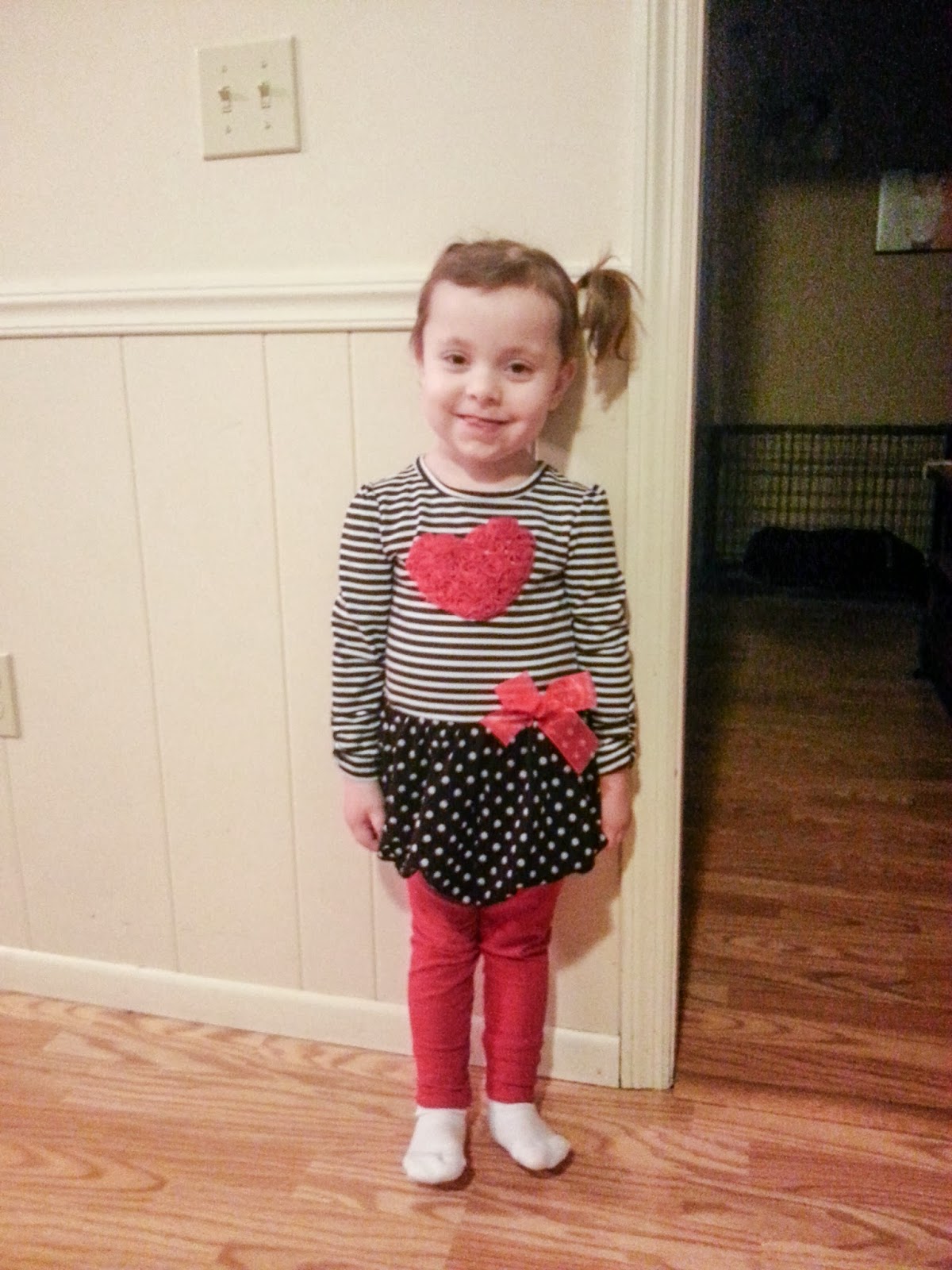 She also has speech therapy twice a week. So there is rarely a day when we having nothing to do or no where to go. Sundays are still the only "family" days we seem to have with everyone's crazy schedules .We always take advantage of that!

Until next time... I promise it wont be a month from now!