Whew what a week

I'm not going to lie. It's been a long 4 days (yes I'm counting today as the 4th.) It's 4 days that I hope we never go through again, but I'm not that naive. I'm sure it will happen again. One day. I'm hoping it's one day really far down the road.

Monday started out so good, so normal. We got up went for labs. Lynlee did amazing. One stick and we came home. She was her normal happy self all morning. Playing dress up, playing with Lexi and Brody. 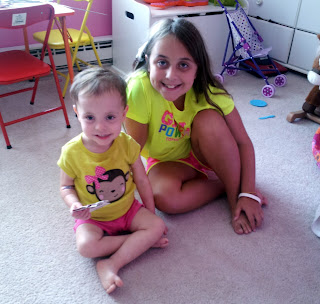 Pittsburgh has it set to were we can check her labs online. I think it's an amazing feature. I hate waiting for results and for someone to tell me. So around 12:30 I checked them. I saw that her liver labs were crazy high. I got that sick feeling that I hadn't had in a while. Our coordinator called by 1. They asked if Lynlee was sick, if she had a fever, anything.... Well she wasn't, she didn't. So they wanted us admitted asap. Ryan had to work so his mom and I took off to Pittsburgh.

They first night was a blur really. Doing ultra sounds, getting IV's and blood work. Lynlee did so so good though. It was more of a sleepover for her. She was so relaxed. She was allowed to eat until midnight when she went NPO for the biopsy. 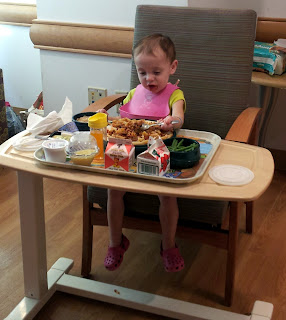 We thought the biopsy would be early that day. Actually we hoped and prayed it would. Lynlee was hungry, tired, and well we pulled everything out to entertain her that we could. 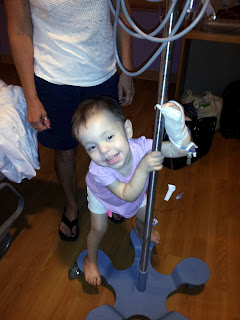 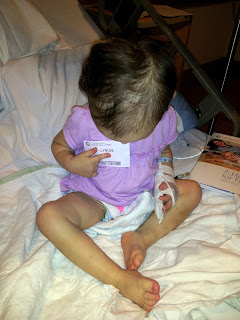 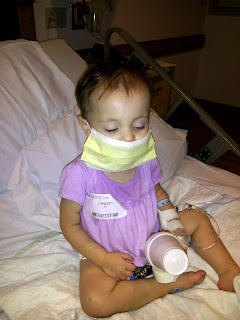 She finally went in for biopsy at 4:20. She fell asleep waiting to go in so it wasn't anything terrifying for her. It was honestly the first time I'd ever walked out of that room without sobbing. She was back in recovery by 4:50 and slept until 8:15. I've never been so thankful for her to be sleepy. She was on bed rest until 9. She woke up starving. Ate yogurt, applesauce, peanut butter sandwiches. 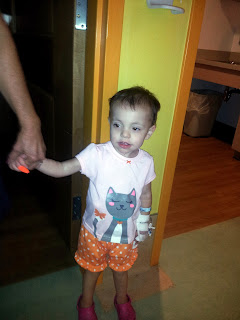 Yesterday was soooo long. I hate waiting to hear if we may or may not go home. I'd rather them just walk in and say okay go home right now with no warning. We finally heard the biopsy result after 4pm. No rejection. They didn't figure it was. Her liver numbers had came way down on their own at that point.  It was 10 til 6 by the time we officially got discharged and was in the car coming home.

And today has been crazy. We've been preparing for a trip to the lake for weeks. Ryan has already taken off tomorrow and we just needed a weekend to relax. Spend time with family and have fun. So today was a day of unpacking, cleaning, and repacking. Until Lynlee spiked a fever around 2pm. It was 101.6. she's been sleeping for 2 1/2 hours now. I hope it was something brewing for days that caused the liver numbers to go high to start with. I'm guessing it was. Or I guess she could have got it while we were there?

Regardless we are now on standstill. I'm hoping it was a one time thing. Her fevers never seem to last long. Her prograf is low and she's fighting stuff on her own. It's just frustrating. I hate seeing her go through so much. I would have gave anything to take her place this week. She's so strong. She's always smiling. She is amazing.
Posted by Stacy at 4:32 PM